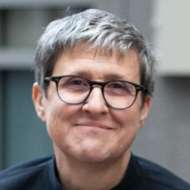 This user has not added any information to their profile yet.

Catherine
Feuillet
cfeuillet@inari.com
+16174176359
Chief Scientific Officer
Inari Agriculture
Cambridge
United States
https://www.inari.com/
Catherine did not have enough space to put her Bio.... because she is old and went through a lot of different jobs 🙂
Can share her purpose though: “Exploring new frontiers and creating new opportunities for transforming lives together”