This interview was originally published in “Women in Agriculture: Fourth Edition” and is reproduced here with permission of the authors. Women in Agriculture is a publication launched by Global BioAg Linkages in 2019 to highlight the achievements and various roles of women in agriculture, especially in the BioAgriculture segment. 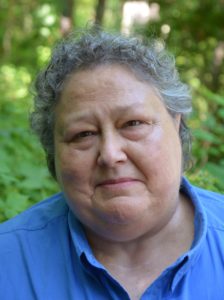 Kellye Eversole is President of Eversole Associates. She has been the Executive Director of the International Wheat Genome Sequencing Consortium since its inception in 2005 and is Executive Director of the International Alliance for Phytobiomes Research. Kellye co-created the “Women in Genomics” platform a networking group for women scientists to connect, meet each other, exchange ideas and experiences and provide career advice.

“I think that the future is bright for women in science, women in agriculture, and women entrepreneurs.”

Q: You have been in the agriculture industry for over five decades. How has been your journey? What’s the most thrilling part of it?

I have been in agriculture my entire life. I grew up in a farming and ranching family in Southwest Oklahoma and I was active in all aspects of the farming operation. In high school, I was one of the first women in Oklahoma to be a member of the Future Farmers of America after the passage of Title IX which guaranteed equal opportunity in education to women. While I was in school at Oklahoma State University, I did part-time work with a grain elevator and then I went to Washington to work in the US Senate where I spent ten years working on all kinds of legislation that affected agriculture. Subsequently, I headed up a two-year study commission related to agriculture and then, in 1991, I started my agricultural science and technology consulting business. It has been an amazing time to be involved in agriculture over the past forty-plus years as I watched the collapse in the 1980s of international markets and the farm crisis that bankrupted so many farmers and ranchers but it was also the start of the biotechnology industry that could lead to income growth and increased profitability on the farm. I started my company just as biotechnology was taking off at the commercial scale and was lucky enough to be tapped in 1994 to lead the effort to bring genomic technologies to agricultural crops long before the human genome was sequenced. The timing for a science and technology-based consulting business in agriculture could not have been better.

Frankly, I have had such a rich career working with various aspects of the agricultural industry that it is difficult to say what I have enjoyed most. However, if pressed, I would say that leading and coordinating the international project to sequence the bread wheat genome, one of the most complex and large genomes sequenced to date, was perhaps the most thrilling as I was able to meet amazing scientists, growers, and industry personnel from all over the world and, once we released the high-quality sequence, I have been able to watch how the sequence is making a huge difference in breeding programs. It was one of those projects where we were opposed every step of the way, we were told it was impossible, we were encouraged to do a quick, cheaper draft sequence that supported comparative genomics instead of a high-quality one that would be more useful for breeders. Yet, in the end, we did it and that is really a highlight of my career.

Q: What has been your main motivation to start your own business and leading the industry-support nonprofits?

As I mentioned above, I was working in the US Senate when the 1980s farm crisis hit. My nature is to learn and so I dug into the history of policies in the US and Europe since the 1700s to see if the past offered any lessons on effective policies that could help US agriculture out of its financial crisis. The more I learned the more I became convinced that the only constant improvement in farm profitability was derived from advancements in science and technology. I knew that I wanted to accelerate the use of science and technology in agriculture to help farmer profitability. Also, the topic of sustainability is close to my heart and I believe biotechnology has immense potential to make agriculture progress on the path of sustainability. I wanted to start my own business to focus on these areas as there really was not any other type of organization that was a natural fit for my goals and vision. And, besides, I wanted to have the freedom and flexibility to work on projects that were intellectually stimulating and not have to worry about work in which I did not have an interest. As my business progressed, I became more and more interested in visionary projects that would lead to paradigm shifts in agricultural science as well as agricultural production. These are usually very challenging from an intellectual and an organizational perspective as it requires thinking outside of one’s comfort zone (e.g., outside of a particular discipline) and it requires industry, academia, and government to work together, even if loosely affiliated, to achieve ultimate success in the field. I have always known that I can work across boundaries and with groups from competing interests and the development of international research consortia comprised of industry, governmental, and academic institutes was a natural progression for my business.

Q: Agriculture has always been considered to be a male-dominated field. It would not have been easy to build a business in this industry. What challenges did you face and how did you overcome them?

Throughout my life and especially my early career, I often found that I was the only woman in the room. I had some really tough first years in my consulting business as I saw the good-old boy network working extremely well and lost contracts to less qualified candidates simply because of a perception that only a man would be able to have discussions with industry or with international governmental officials. Over time, though, things have become a little better although women are still not well represented in leadership positions in industry, government, or academia. One of the first things that I did was to try to network with other women in agriculture and eventually other women involved in agricultural science or in genomics. More than 22 years ago, along with three other women, I launched the Women in Genomics (WIG) network to try to increase opportunities for collaboration and funding for women scientists from around the world and to mentor young women scientists so that they would stay in agricultural science. We organize a lot of workshops, conferences, and seminars and one of the things that we do is require that we have women speakers in all events. I get a lot of invitations to participate in conferences as well and if I see a conference with only male speakers, I refuse to attend and will inform the organizers why. I like to think that it occasionally has had an impact. It takes a little more work to find women speakers and that is one of the reasons why women need organizations like the WIG network. Generally, I think that we must do a much better job of ensuring that organizations (public and private) and events are more reflective of the breadth of diversity that we have in our world.

Q: You also mentor entrepreneurs as well as are on the advisory board of Zaidi-STEM, an NPO working for Sub-Saharan African girls. What do you want to see for the future of younger women in their career path?

I think that the future is bright for women in science, women in agriculture, and women entrepreneurs. While women have always been in the majority of farmers in the world, they have not been recognized for the role that they play in emerging economies or even in places like the US. In the US alone, the number of women leading farming operations is increasing every year and I would not be surprised if more women than men run farming organizations in the future. In the agricultural industry, we have an extremely long way to go to have women in the senior leadership positions (and not merely in the “people” category) and to have women make up 40 to 50% of the directors on corporate boards. We are also seeing an increase in the number of women entrepreneurs everywhere and the contributions they are making will pave the way for those who follow. Young people (women) have better solutions to their problems but are not empowered enough to bring the change. I believe by mentoring the youth and startups I am making my wide network accessible to them to facilitate their growth.

The most important thing that we can tell all girls and women interested in fields that at present are dominated by men (e.g., agriculture and science) is to not be intimated and never think that they cannot push through every barrier. Yes, it will be harder than if one is a white male, but it is not impossible. Hold onto your dreams and go for it!

Q: With the fast pace of development in almost all the aspects, where do you see the agriculture industry ten years from now? You are socially also active, any advice?

In all aspects of the agricultural industry, I think that we will see a much more integrated system, including science that is more integrated, i.e., one focused on the entire system and not just one component of it. The future will give growers more and more opportunities to develop management plans that are tailored specifically for a farm, grassland, or forest. This will result in increased income while also increasing the sustainability of agricultural production. Knowledge will lead the way and the more knowledge a person has about the operation, the greater the chances for increasing sustainability and profitability.

I have always been socially active to fight for justice. I believe every person on this earth has a purpose for being here. I believe in making a difference in other people’s life. With this faith, I move ahead and give back to the community. I am an aggressive reader (fiction and history) and love to paint. It gives me my mental space and helps me relieve stress as well as provides perspective to view things differently. 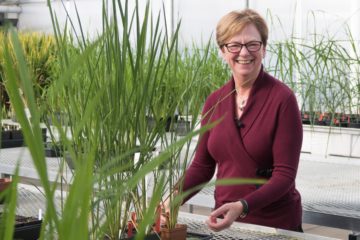 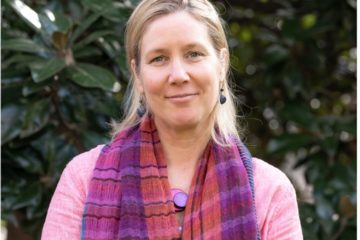 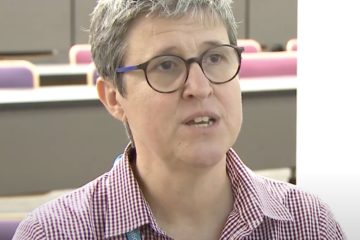